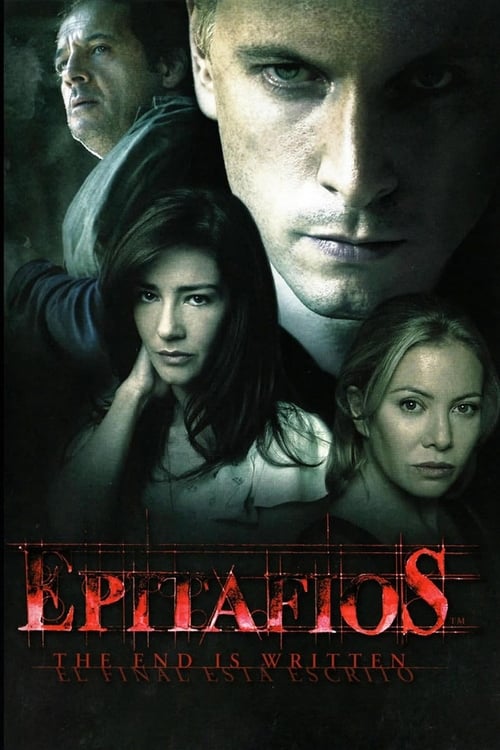 Epitafios is a 2004 13-episode, Argentinian crime fiction TV mini-series with the tagline: El Final Está Escrito ... The End Is Written. The series, which takes place in an unnamed South American city, was shot in Buenos Aires. The series was produced by HBO Latin America and Argentinian TV/film company Pol-Ka Producciones. It was written by Marcelo Slavich and Walter Slavich and directed by Alberto Lecchi and Jorge Nisco. Although all of the actors were Argentinian, a neutral Spanish was used instead of the local Rioplatense Spanish, avoiding colloquialisms such as the local vos in favor of the more common tú. The series debuted in Australia on SBS in May 2007 under the title If The Dead Could Speak. It premiered in Poland on Cinemax on November 6, 2008. In Germany, it premiered on November 6, 2009 on pay TV channel FOX under the title Epitafios - Tod Ist Die Antwort.